Another three and a half hour bus ride would get us the the dazzling city of La Paz. The first 45 minutes of the bus ride was extremely windy and the roads were literally on the cliff edges of the mountains. It was a little scary to say the least! Suddenly we stopped somewhere by lake Titicaca. We were told to get off the bus, pay 2 Bolivianos and catch a speed boat to the other side of the lake while our bus went on a barge. Say what now?! It was a very weird experience. Crazy Bolivians! 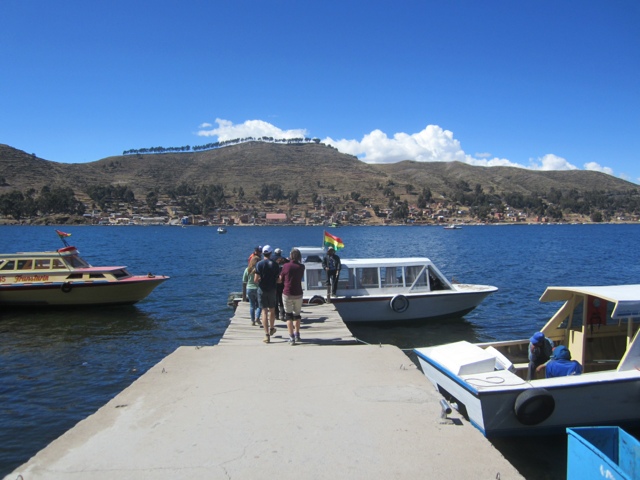 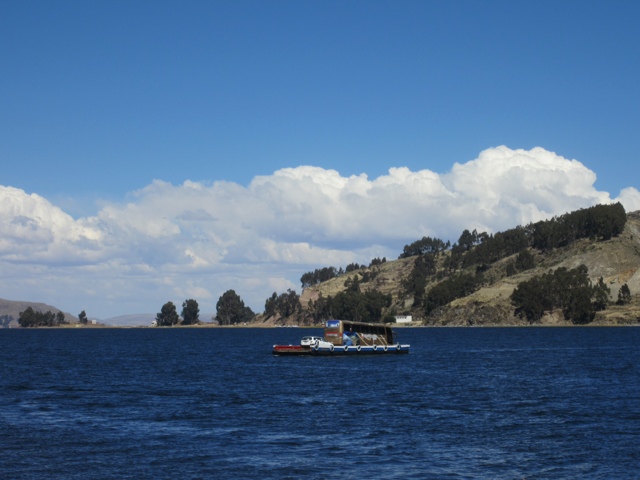 The remainder of the bus ride was nice and flat thank goodness, I didn’t think my stomach could handle any more crazy turns in the road. Along the way I saw lots of farmers working all by hand in their fields. It looked like extremely hard work. It again just shocked me as to how these people still work and live in this day and age.
We arrived safe and sound to La Paz and checked into our hostel. We had heard so many people rave about La Paz so we were very excited for what it had in store for us. Excitedly, we got ready, got a map and hit the streets. For one, its a breathtaking city, quite literally. It sits at an altitude of between 3,600 and 4,000 meters so its pretty tough going on your lungs. It was also alottttttttt bigger than I imagine. To me, it really just seemed like a big, dirty, noisy city. I couldn’t see what all the hype was about. The markets were really cool and there were some nice plazas and churches. Mount Illimani looms in the backdrop of the city which is quite pretty. 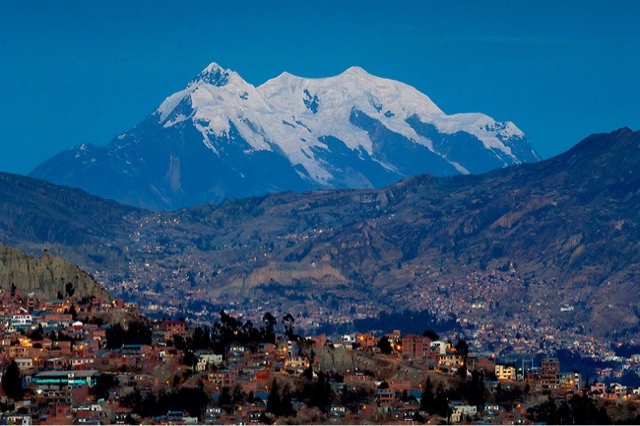 Another good thing about La Paz is their famous, delicious Salteñas. Originally they came from Salta in Argentina, but the Bolivians perfected the recipe and sell them everywhere for extremely cheap (about 60c AUD). They are similar to a pastie but so much better! It’s kind of a sweet dough and you can get them filled with curried chicken, beef, vegetables or cheese. My mouth is watering just thinking about them! 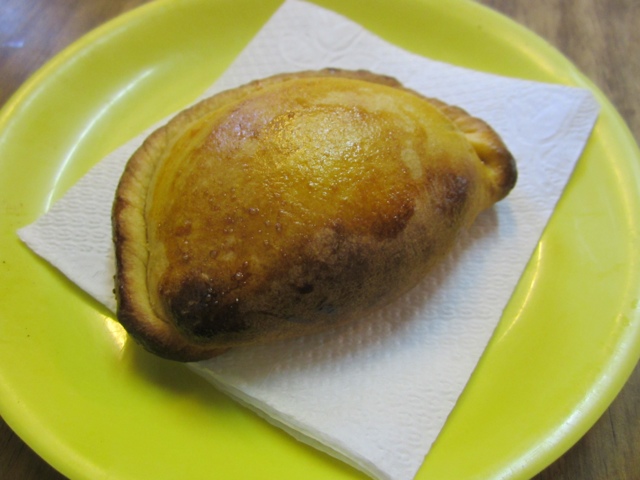 Queso salteña
Another highlight of La Paz was seeing the San Pedro prison with my own eyes. After reading and absolutely loving the book ‘Marching Powder’ I had my heart set on going to La Paz to see the jail. It’s just the weirdest thing. The jail is directly across from San Pedro plaza, which is actually a very beautiful plaza, so it seems strange to just have a maximum security prison right in the middle of a city in a lovely plaza. I quickly snapped a picture of the place while there were no guards out the front, as I had heard that you can get in big trouble for taking photos and the guards will make you delete it immediately. Above the gate there was a sign, it reminded me of a poster you would make in primary school. It was on a piece of card and written in bubble writing it said ‘welcome to San Pedro prison’ in Spanish. I would have loved to do one of the infamous ‘jail tours’ but apparently they barely exist any more. I also found out that the jail is in the process of closing down due to too many incidents and crimes happening within the jail itself. 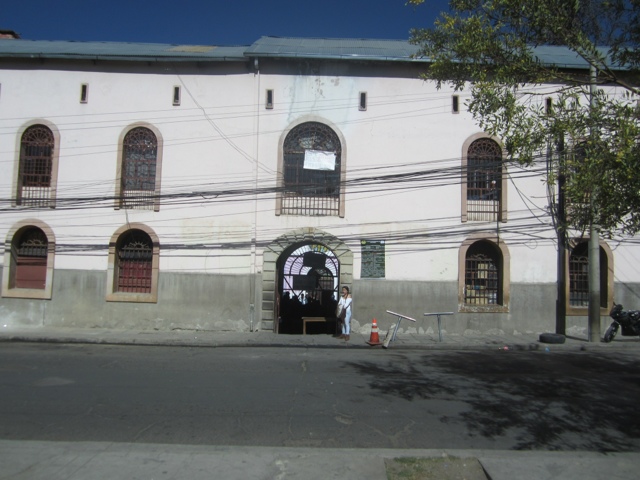 Originally, we had planned to spend 10 days in La Paz but after spending two days there we had no idea what we would possibly do with our time. We went back to the hostel with intentions of reading our Lonely planet book to see where we could go if we cut our time in La Paz short. We bumped into two girls from our Spanish school in Cusco in the foyer. It was a nice surprise. They told us the had just got back from the Jungle and they had had the best time. Their stories sounded so much fun. We raced up stairs and started researching this random town of Rurrenabaque we had ever heard of and before we knew it we had our flight booked and our Pampas (wetlands) was tour booked.