After our sunny, wine soaked days in the glorious region of Mendoza we found ourselves in the freezing, grey and gloomy city of Cordoba. Cordoba is Argentina’s second largest city after Buenos Airies. It has something crazy like 7 University’s so the city is just full of students. When we arrived to the hostel we discovered that it was full of little Argentinian children on Vacation with their families, why they were staying at a hostel I will never know! It was just a slight change from the fun, wine filled hostel we had just come from. Needless to say we checked out two days later and headed to the other side of town to a hostel that suited us better and had adults instead of children.

On our first day in Cordoba, we wandered through the town centre and did some window shopping. We were so excited when we found a big shopping mall, it had been so long since we seen one of those. The next day we found a movie cinema, which again we hadn’t seen in ages. Since it was cold and raining we decided to see the only movie that was showing in English ‘the man with the iron fists’ and consumed a whole tub of popcorn. It was great.
The rest of our time in Cordoba was spent wandering around trying to find something to do. People raved on about Cordoba but we were clearly missing something. We did bump into a lovely girl we met in Salta on the streets and went for coffee. That’s the best part about South America, everyone is on the general ‘gringo trail’ so you tend to bump into the same people along the way. Town centre, Cordoba,
Next up was the city of Rosario. We took a hideous night bus that left at 12 o’clock Midnight and arrived at 5am. I did not sleep at all on the bus so I was exhausted. When we got to our hostel we were told we couldn’t check in until 12pm unless we wanted to pay for half a day. We stuck in out for an hour and a half then decided to just pay the half day so we could sleep.
Well rested, we headed out to explore the city. It was still freezing cold but already I could tell I was going to love this city. It was full of beautiful buildings and amazing architecture. There’s a huge pedestrian area in the city filled with shops, cafes and restaurants. There’s also a riverfront on the shore of the Paraná River. We wandered along the river front until we came across a huge monument. The monument is called Monumento nacional a la bandera which is the national flag monument in Argentina and is absolutely stunning. We were lucky enough to see it at sunset and at night where it’s lit up to look like the Argentinian flag. 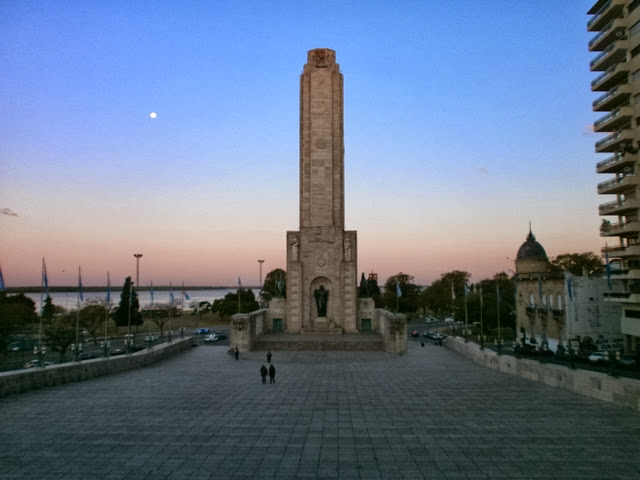 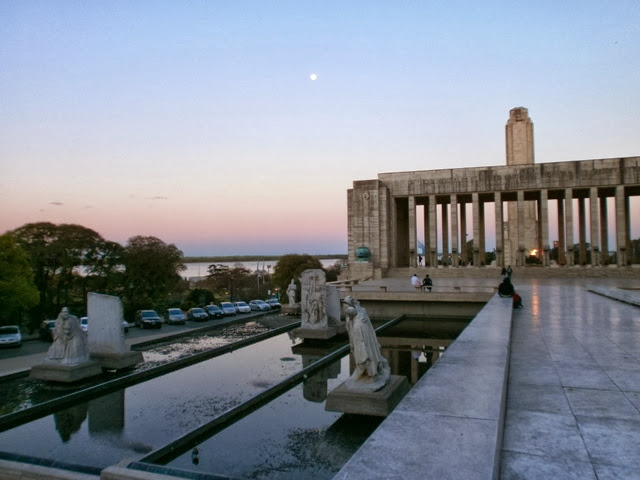 Rosario is also the birth place of Che Guevara who was an Argentinian physician, author, guerrilla leader, diplomat and military theorist (I just got all that from Wikipedia haha). He was very famous throughout South America and the world. There is a big painting of his faces in one of the plazas as well as a plaque outside the house he was supposedly born. 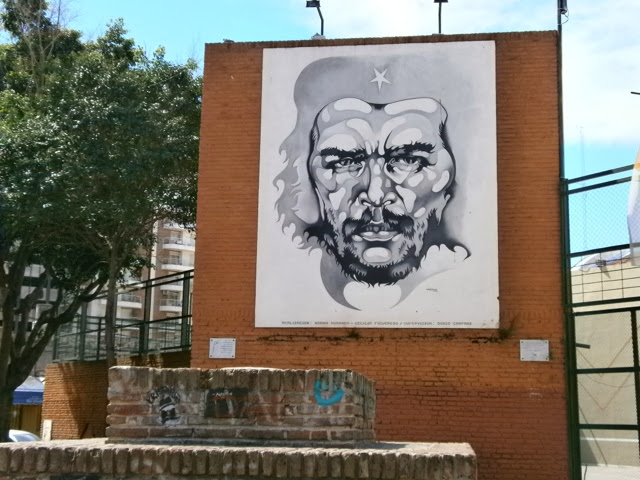 On our last night in Rosario we wanted to go to a Parilla (said like “Pareesha” in Argentina) We asked the guy at the desk in our hostel and he pointed us in the direction of the best one known in Roasrio. We arrived around 11pm, we still aren’t used to this whole having dinner super late thing. I was so shocked that the restaurant was packed and with families too. Shouldn’t these children be in bed?! We didn’t really understand the menu so we just ordered something and hoped for the best. Next thing we knew, out came the biggest steak I have ever seen! It was so tender and so delicious we ate it all. I was so full afterwards I could barely move, a common theme so far in Argentina. 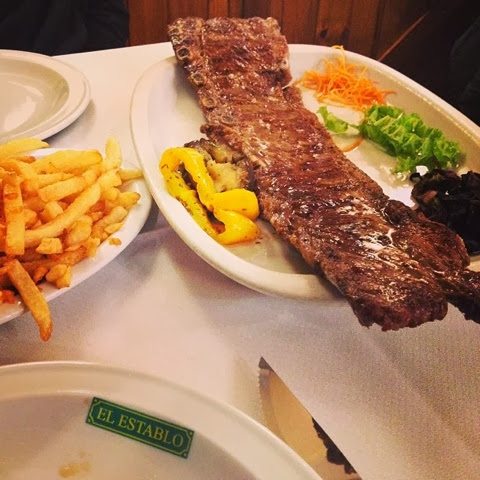 So after three days of shopping, good food and beautiful architecture, we hopped on a bus to the mother of Argentina, Buenos Airies. I had been waiting to go here for so long I could barely contain my excitement!!! I hoped it would be all that I dreamt it would be and more…