After many dramas we finally arrived in San Pedro de Atacama, Chile. It is known as the driest desert in the world and stretches for miles. The town is very small and seems to be built completely around tourism. With tourism comes ridiculas prices. Coming from Bolivia where we were spending around $8 to stay in a hostel in a private room, I nearly fainted when I found out it was going to cost Tom and I $40 EACH to stay in a hostel in San Pedro. ‘Dorm room’ seems to be a foreign word there and the prices are just as steep every place you look. After recovering from the shock of the prices I had a hot shower for the first time in 3 days. I felt like a new person when I came out. I was finally able to thaw out after being frozen solid for the last three days on the salt flats.

Our plan was to stay two nights and catch the bus to Salta in Argentina. We went to book our bus the next day. Nothing seems to be going our way on this trip so of course the lady tells us that the border is shut due to snow and there MAY be a bus on Sunday….it was Wednesday. Time.to.panic! If we stayed in the most expensive town for that long it would run our bank account dry. We started looking up flights to Salta or to Santiago. South Americans have their bus systems down to a tee, but as for flying they have no clue! It was going to cost us $700 for a 2hr flight. We were stuck in the desert! 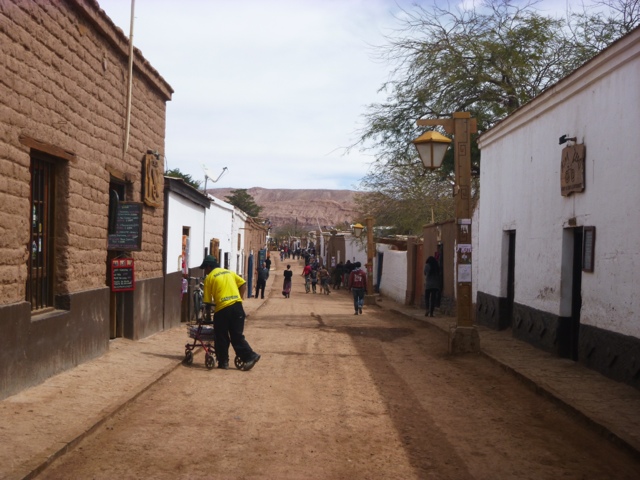 In the midst of all this panic we met a lovely English couple who we chatted to for hours and we ate some amazing meals (we also ate a lot of 2 minute noodles because the price of our room was most of our daily budget) I really enjoyed the vibe in San Pedro. Everyone was so friendly and relaxed. A lot of the restaurants had big fire pits in them for when it got cold at night, it looked so inviting. The stray dogs were so cute and far less manky looking compared to the ones in Bolivia. One dog followed us around all day. Every time we sat down he laid down on my feet. He was so cute I wanted to take him home! 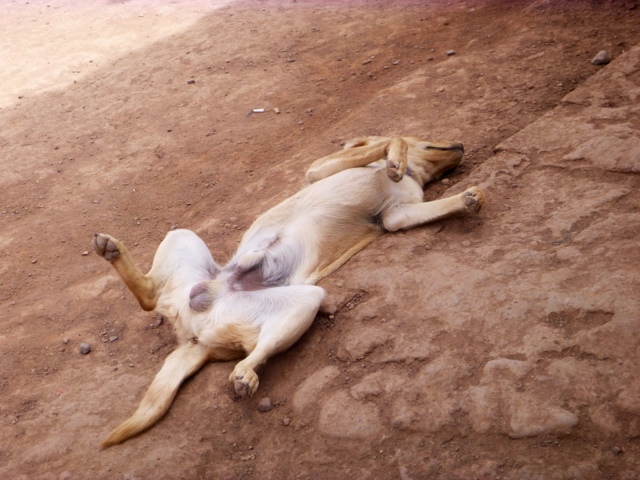 Even the dogs are chilled out in San Pedro
Finally we managed to book a bus for Friday, hooray! We were going to make it to Argentina after all. We got into bed and prepared ourselves for the long bus ride ahead. I woke up in the middle of the night to the sound of heavy rain. Of course it rains in the DRIEST DESERT in the world when we are there. Our bus ride was to go over the Andes which meant if it’s raining down here it is probably snowing up there. I crossed my fingers that the border would remain open and went back to sleep.
We got the bus station ready to leave at 9:30am only to be told as we’d feared, that there was a big chance the border would be shut and we wouldn’t make it today. They drove us 30 seconds around the corner then made us wait on the side of the road for two hours. Finally the news came through that the border was open. Five hours past our departure time we were on our way to Salta. The bus ride itself its deemed to be one of the most beautiful bus rides in the world as it goes right through and up
over the Andes. Pity we were so far behind schedule it was now mainly going to be in the dark. I managed to get a few good photos though. 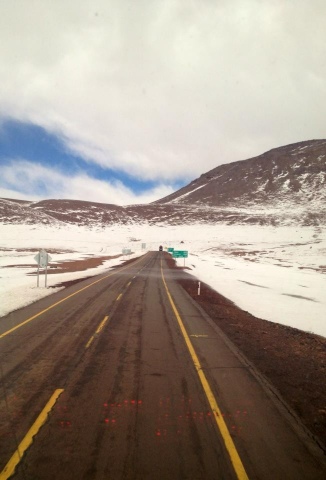 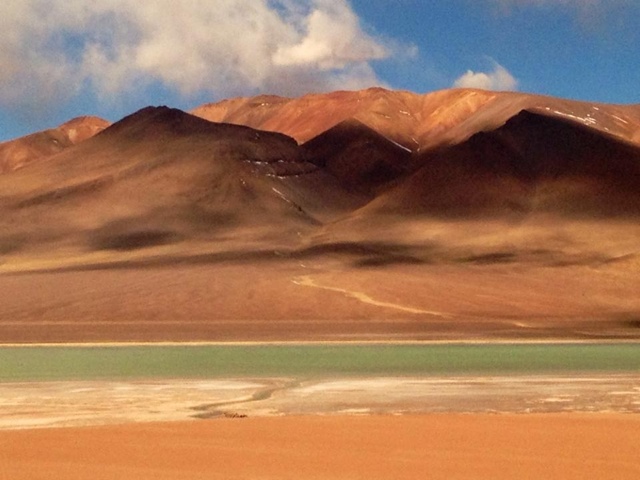 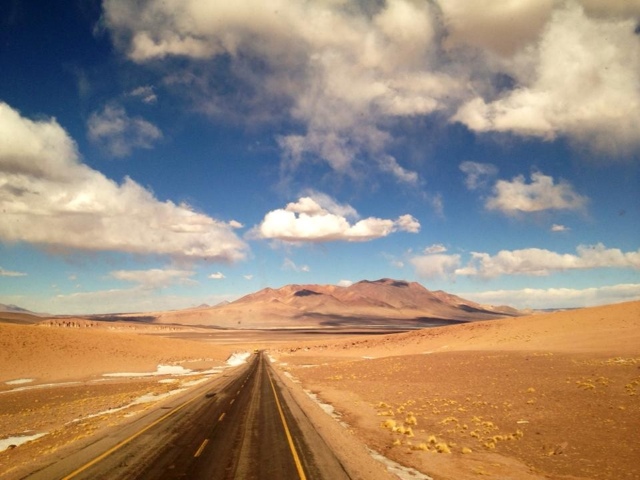 The bus wound up and around the mountains til we got to about 5,000 meters above sea level. My head felt like it was going to explode and I was insanely dizzy. Don’t vomit, don’t vomit I kept telling myself as I took another motion sickness tablet. One too many I think, as I passed out and woke up 8 hours later in the glorious city of Salta, Argentina.
It wasn’t a warm welcome to the country however. As I got off the bus sleepy and disorientated, I saw my bag had already been taken off the bus. I went over to and started to carry it away. The man unloading the bags saw me and yelled something in Spanish at me and snatched my bag away. I tried to explain it was my bag and showed him my luggage ticket and took my bag again, he snatched it away from me again and yelled at me. I searched around helplessly, unsure of what this rude man was playing at. Where is Tom when when you need him? One of the girls tells me that he’s telling me I need to give him a tip for unloading my bag. Finally Tom appears and gives him money for the both of us. The man is STILL yelling at me saying I need to pay also. I yell at him in Spanglish and tell him Tom paid for both of us, then snatch my bag back and hurry away. Don’t mess with me buddy, I just spent 12 hours on a bus and its currently 2am!! 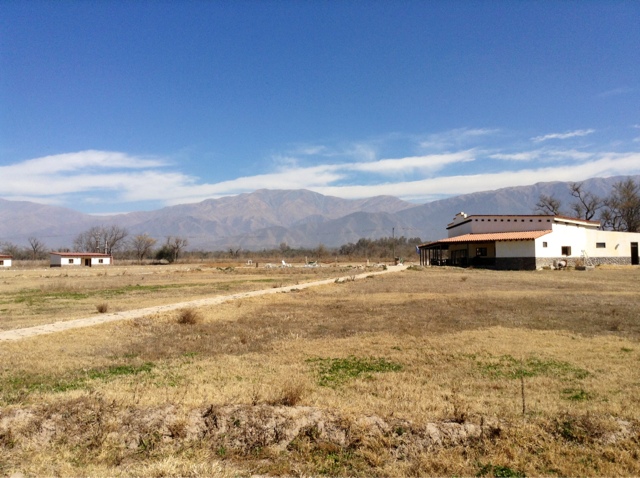 Our hostel in Salta for the first two nights, 30 mins from the main city.
This place is just so beautiful, it was worth every drama to get here.